I am a descendant of the WWII Chinese Defense Force. My father was a middle ranking artillery officer, but he did not live long enough to tell me his story. I learnt that his first battle with the Japanese army was in 1932 in the 1st Battle of Shanghai. At that time, he was Captain and commanding an artillery Company, and I knew this part of his history only from a book written by a professor who often visited the 2nd National Archives in Nanjing and found the battle report filed by my father. A copy of this report was presented to me by the 2nd Archives in Nanjing China in 2015. However, this book, “The Fallen Heroes”, is not only about my  father but all his colleagues who fought bravely to defend the country against the Japanese aggression during the Sino Japanese War of 1937-1945.
Nearly 71 years ago, in the evening of July 7, 1937, an incidence  between the Chinese Army and Japanese Army on the Marco Polo Bridge near Beijing eventually developed into a full scale war and lasted more than 8 years. The Chinese suffered enormous loss of life in the war. Moreover, its newly established economy was completely destroyed, social and family systems broken down, the infrastructure ruined. All hope to build a modern new China from the ancient medieval country had faded away.
Amongst this backdrop of despair, the Chinese soldiers fought on and refused to surrender or give up the fight, and continued to fight the battles until the final victory came. However, during the war, numerous unfavourable media, diplomatic and political comments were made against the Chinese Defense Force. These reports are now proved to be wrong, and we understand that most of comments were based on the biased view or politically motivated innuendos and left wings.
Even 70 years later, these wrong comments are still doing damage. It is hard to find a book whose contents praised the Chinese soldiers,  those very soldiers who had made such a large sacrifice to protect humanity, the dignity and the pride of their nation. These Chinese soldiers bravely battled a formidable enemy for a very long time with only their bodies, blood and flesh and rudimentary equipment.
This book aims to pay tribute to their sacrifice, and calls for the respect and recognition of the significant role that they played in World War II. The sacrifice of the WWII Chinese Defence Force (國軍) deserves better treatment than what has to date been received. There are still unfair and untrue comments which damage their reputation, especially in the western world.
The current Chinese Government in Beijing (Communist Party) took the advantage of making the false claim that the final victory of the Sino Japanese War belonged entirely to them. False information has been used to brainwash the younger generation, and the true history of events have been suppressed. Old veterans are gagged and I call out that this is a crime against human nature, to falsify history and  disrespect of the sacrifice of the human beings who gave their life to protect us.
Certainly, we cannot fight the misinformation on the Communist Party’s turf, but we are still able to keep the truth in other places of the world. I hope that the children of over 100 million overseas Chinese may have the opportunity in the future to find out that their ancestors were the true heroes who saved China from becoming the slave of Japanese Empire during the 2nd Sino Japanese War.
In 2014 when I was in Hong Kong, I made considerable effort to visit the owner of the SunTV, Mr. Chen Ping, and persuaded him to have their popular Chinese language documentary program “The Fallen Heroes 國殤" to be converted into an English edition. I offered to translate the documentary into English as a free service. It took me almost one year to rewrite the script into English, and I also found an Australian partner, Mr. Don Spencer, of the Down Under Studio, and Mr. Allen Locker as Narrator， Therefore, the English version of the Fallen Heroes was then accomplished.
I cannot adequately express the sense of shame and pain that a soldier is not given the honour that deserve, especially, when he has  made such a huge sacrifice, given his life to protect his fellow citizens, and collectively fought to prevent his country from becoming another nation's slave. These individual soldiers deserve to receive respect and honour.
Sadly, that is not the case for the members of WWII Chinese Defense Force (國軍). Instead, as I learnt from mainland China, their brave stories were forgotten, their monuments were destroyed, the surviving veterans were prevented from telling their stories, and even be forced to acknowledge that the CCP (Chinese Communist Party) took  the credit for their hard earned WWII victory.
As a descendant of the Chinese WWII soldier, I will not be silenced. It is important to find the truth in the history. That is why, when I watched the Chinese vision of the Fallen Heroes, I decided to trace my father's story along with all his colleagues during the 2nd Sino Japanes War. I wish that the descendants of WWII Chinese Defense Force would do the same, to search your ancestor’s history, reinstate the honour and the pride to them.
I negotiated with Australia  RSL to allow us to form a team to participate in the annual ANZAC DAY MARCH in Sydney since 2014. This hopefully is a wakeup call to the Chinese people that they should not continue to ignore their ancestors’ contribution to the WWII and to their country, and to install pride and the honour to their ancestors that they deserve.

This book is a brief statement of what really happened during the long war with Japanese Army in China. So do not be misled further by the current Chinese regime who did very little to help the progress of the war at that time, and also by Japan who started the war and finally lost the war entirely. Be yourself again to face the truth and the real history.

Notes:
1: Be aware of the confusion: The Chinese Defense Force, (國軍 pronounced as Guojun), means the Chinese National Army during the WWII. This army was under the Dep. of Defense of Chinese Government (the Republic of China), and all the orders and publications were issued by the name of DOD (author has the documents to prove it). They were not a branch of the political party, the Kuomintang (KMT 國民党). Although the KMT existed within the Army but they did not issue the order to direct the military activities. This is a different from the Red Army, now PLA. The CCP (Chinese Community Party) direct controls the Red Army through their CCP commissioner.
However, during the war, the western media always referred to the Chinese Defense Force as the Chinese Nationalist Army, intentionally or not, which downgrades the importance of the independent nature of the Chinese Defense Force. This term seems to imply that of the army of a political party, giving the term a similar status as the Red Army. The Current CCP Government in China took advantage of this and  taught their children that the Chinese Defense Force was the Army of KMT. This is wrong, misleading and created confusion.
2: In the 2nd Sino Japanese War (Bā nián kàngzhàn 八年抗戰), the Chinese Army of the Chinese Defense Force engaged more than 40,000 battles (38931 divisional engagements, 1117 Army scale battles of over 100,000 men, and 22 large scale battles involving over 500,000 men. In the long 8 years (3970 days), on average, more than 10 divisions per day engaged in battle with the Japanese Army, However, the critics said that the Chinese Nationalist Army did not do the battles. How wrong this is! During the 8 years of war, Chinese Army suffered 3.2 million casualties,  which included the death of 261 generals, 17,000 high ranking officers and others. The list continues to grow as more details of the war are revealed. 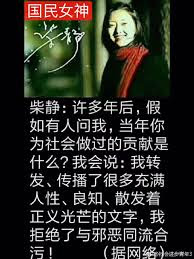